Is your child with ADHD a picky eater?

According to the National Library of Medicine, USA food neophobia is generally regarded as the reluctance to eat, or the avoidance of, new foods.

In contrast, ‘picky/fussy’ eaters are usually defined as children who consume an inadequate variety of foods through rejection of a substantial amount of foods that are familiar (as well as unfamiliar) to them.

As you may know, kids with ADHD have sensory issues. Sounds, smells, touch and taste, are all experienced differently by a child with ADHD than a neurotypical child. 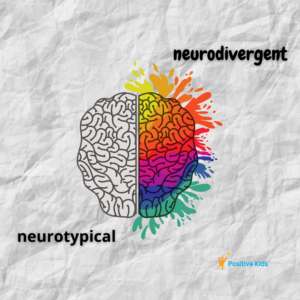 So naturally, they would likely have some food neophobia because of their experiences. Say a child with ADHD tries something that feels and tastes weird in his mouth. As a parent, you may look at that and think, well, all kids love this food, so what’s the problem?

In which case you may or may not insist the child eat it anyway because children can be picky eaters.

That experience alone, where the child feels forced to eat something that doesn’t feel or taste good, can lead to children forming food neophobia, where they are afraid to try new things because they may be forced to eat it even if they do not like it. 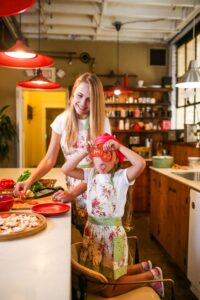 Being a picky/fussy eater is another condition that can be similar to food neophobia but not always. Some kids are picky because of their parent’s habits and attachments around food.

What does that mean?

That simply means that food neophobia and being a picky eater isn’t something that is purely internal.

According to a study by the above-mentioned National Library of medicine, parents play a pivotal role in developing their child’s food preferences and energy intake.

Research indicates that certain child feeding practices, such as excessive control over what and how much children eat, may contribute to childhood overweight.

A recent paper describes two primary aspects of control: restriction, which involves restricting children’s access to junk foods and restricting the total amount of food, and pressure, which consists in pressuring children to eat healthy foods (usually fruits and vegetables) and pressuring them to eat more in general.

The results showed significant correlations between parent and child for reported nutritional behaviour like food intake, eating motivations, and body dis- and satisfaction.

Parents create environments for children that may foster the development of healthy eating behaviours and weight or promote overweight and aspects of disordered eating.

In conclusion, a positive parental role model may be a better method for improving a child’s diet than attempts at dietary control.

ADHD sometimes has the sensory aspect of the issues related to food neophobia. In combination with parenting habits, the severity of this disorder can affect the mental and physical health of the child.

Nutritional experts who also understand the neurodivergent brain of a child with ADHD would be able to better assist parents in dealing with kids who have ADHD-related food neophobia.

A nutritional expert can help parents set healthy habits and examples for the child while keeping the adverse effects of dietary control at bay.

At Positive Kids, we have a nutritional specialist on staff to help parents manage healthy eating habits for their kids with ADHD, call us to book an assessment at 1-866-503-7454. We have professionals located all over Canada.